This past Sunday in church we talked about integrity.  Matthew 5:8 reads
The pure in heart are blessed, for they will see God.

Pure in heart. To have a clean, clear or unmixed heart. Uncontaminated like pure metal. Having unmixed motives in human relationships and transparent integrity with God.

What does that mean?

David was not perfect but he was transparent with God. He owned up to his sin. He grieved because of his sin. He wanted purity in heart. This is the part that was “after God’s own heart.” It’s kind of comforting to know that someone with such a track record could be considered such a godly person. Gives me hope. Even in my own bad judgements, I can have restoration, grace, mercy …

In today’s study, I read about Abraham in Romans 4.  Abraham also took matters into his own hands when he had a baby with his servant even after God promised to make him the father of many nations with his wife Sarah.  Yet Abraham was justified (free from the penalty of sin) by faith – faith was credited to him for righteousness. God called him righteous because of his faith.  Even though he had a kid with someone other than his wife. (which by the way, didn’t keep him from feeling the consequences of his actions … just like David felt his)

God doesn’t require perfection. What a relief. What does He want from us?
Hebrews 11:6 says – Now without faith it is impossible to please God, for the one who draws near to Him must believe that He exists and rewards those who seek Him.

Faith in God. Believing Him. (Which is different than believing IN Him). Believing that what He says is true – even for me. Sometimes it requires a choice.  I choose to believe even when it seems impossible. Against hope, with hope I believe (like Abraham).

I choose to believe that God has my best interest at heart. That He will not leave me. He will never abandon me. He wants only good things for me. He loves me. I am His cherished daughter – His beloved bride.

He doesn’t ask me to be perfect. He asks me to trust Him in all things. 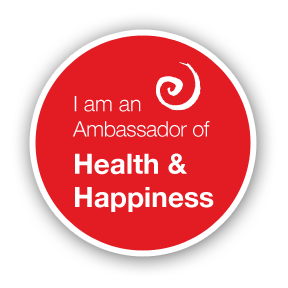